Employee wages are typically a business’s largest expense category. That means the effects of a minimum wage increase on small businesses could be substantial, and business owners should keep a watchful eye.

A bill proposed by Democrats in the House of Representatives would raise the current federal $7.25 minimum hourly wage with annual increases, topping out at $15 in 2024, according to CNBC. Whether the bill becomes a law or not, sooner or later you can expect a higher federal minimum. Meanwhile, many state minimum wages have been increasing regularly. Today, more than half of the 50 states (30, to be precise) have a minimum wage that’s higher than the $7.25 federal rate. Fourteen of these states have a minimum wage of $10 or higher.

So what can you do to manage the effects of a minimum wage increase on your business, whether the increase is coming from the federal, state or even your municipal government?

Calculate the Effects of a Minimum Wage Increase on Small Businesses

The first step is to measure the impact of specific increases. The larger the proportion of your payroll goes to minimum wage earners, the larger the impact you’ll see. You can run a few scenarios to project the initial financial impact; the math itself isn’t complicated. For example, if you have three employees earning $7.25 who work 40 hours a week, and the federal minimum wage increase is $1, your basic increase in wage costs will be $1 x 40 x 3 = $120 per week.

It’s not quite that simple, though. First, your share of employees’ FICA and other payroll taxes will also possibly inch upward if they’re pegged to the wage rate. Similarly, if you need to pay overtime wages to any of those employees, the time and a half rate will be disproportionately higher. At a $7.25 wage, time and a half is $10.88. At $8.25, it would be $12.38 — that’s a $1.50 hourly increase on those overtime wages, not just $1. 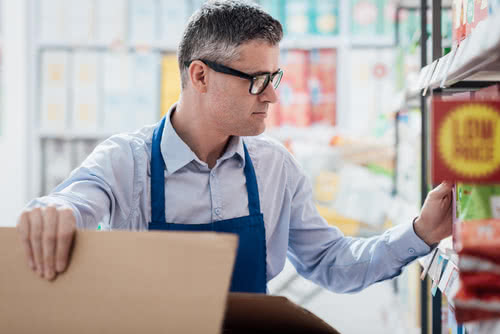 Be Prepared to Address Wage Compression

There’s another possible impact of a minimum wage increase: “wage compression.” That’s when the gap between some employees’ wages and those of others shrinks. Suppose, for example, that one of your more experienced employees earns $9.25 an hour and a new employee’s wage increases from $7.25 to $8.25 on account of a $1 per hour federal minimum wage increase. Result: The gap in pay between those two employees has narrowed. While technically you’re under no obligation to give a raise to the employee earning $9.25, you might eventually feel some pressure to do so from an equity standpoint. You might also decide to raise the experienced employee’s rate because they expect it and ask for it, and you don’t want to lose that employee.

Once you’ve calculated some financial projections on how a minimum wage increase may affect your business, you can formulate a plan. Here are some steps you might take, particularly if you would face a cash flow crunch:

Whether or not you sympathize with the aims of elected officials who are pushing to raise the minimum wage, higher required wages are likely to become a reality eventually. It’s better to be prepared with a game plan that works for you.

How to Run a Successful Electrical Business

What Is a Break-Even Analysis?